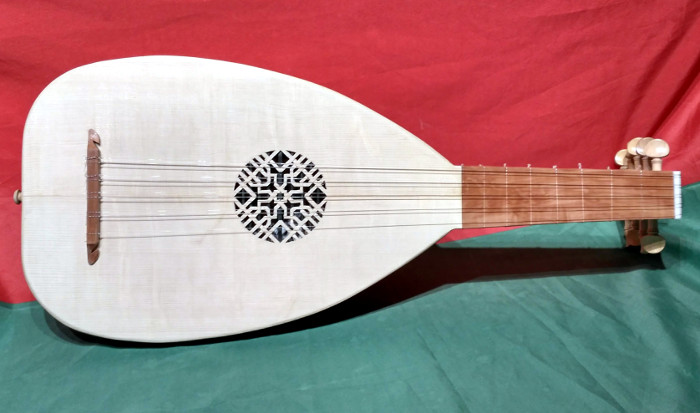 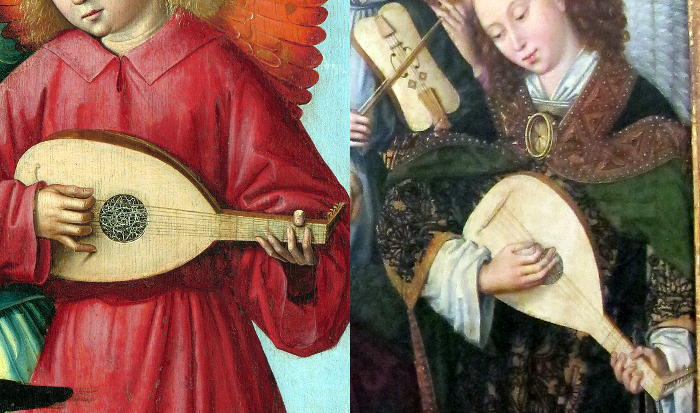 Left: Part of 'Mary, Queen of Heaven' by an anonymous painter known only as the 'Master of the Legend of Saint Lucy' (Netherlands, 1485). Right: On the left, part of 'Madonna and Child with angels' by an unknown painter (Netherlands, 1460). 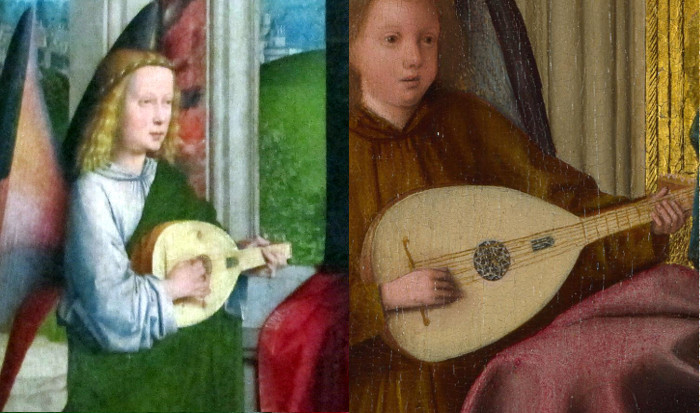 Side view from back. Body of European Ash. 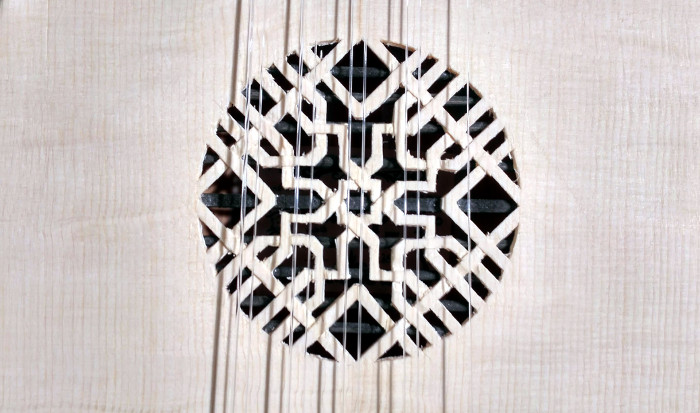 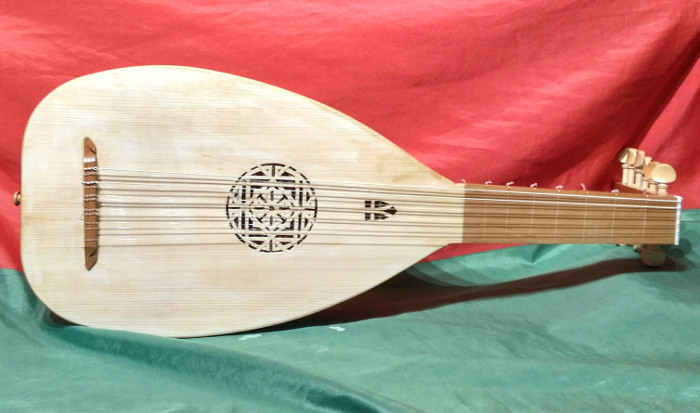 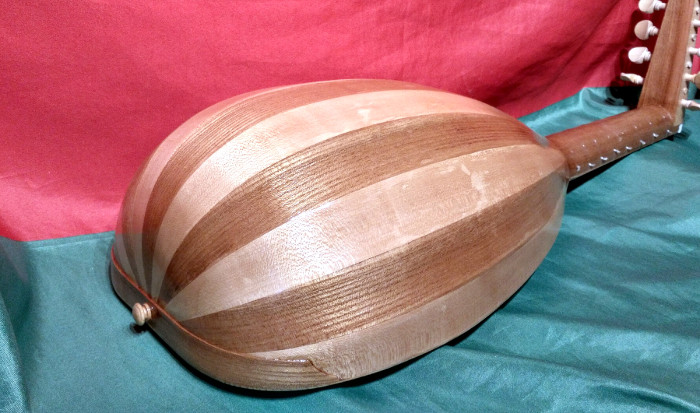 Back view of version with body of Norway Maple and Wych Elm. 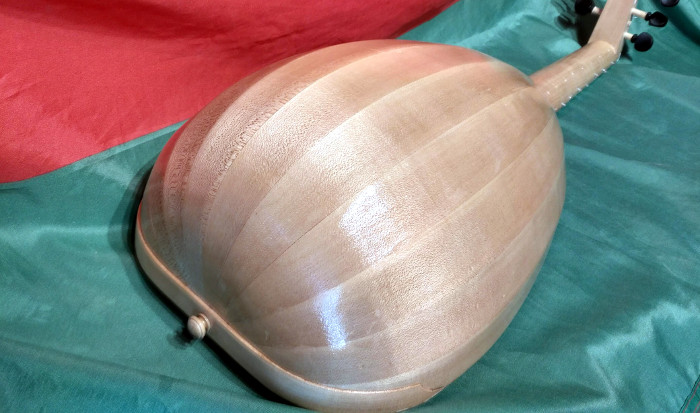 Side view of 4 course version with body of Norway Maple and stained pegheads.
A video and sound sample of this instrument being played. Playing by Jo Dusepo.