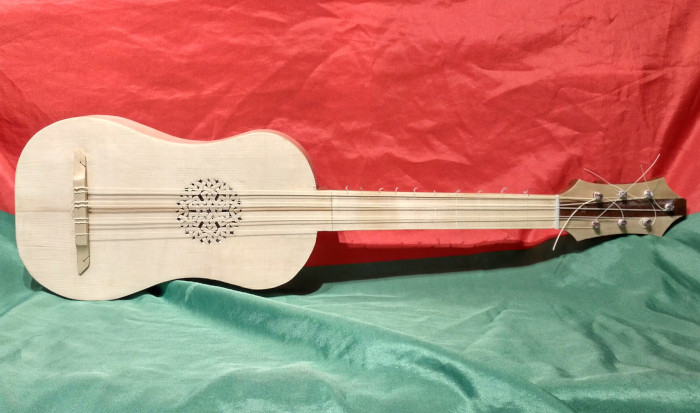 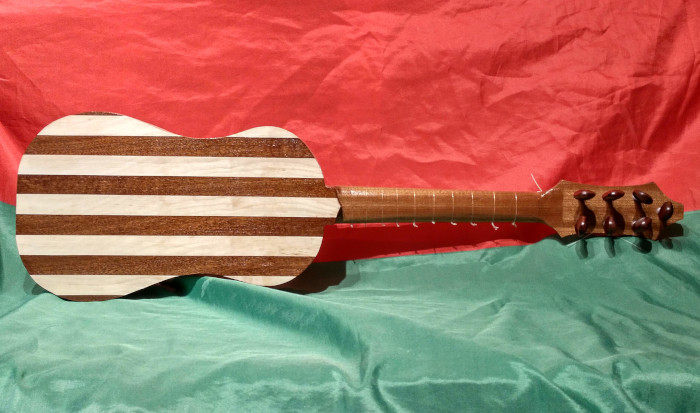 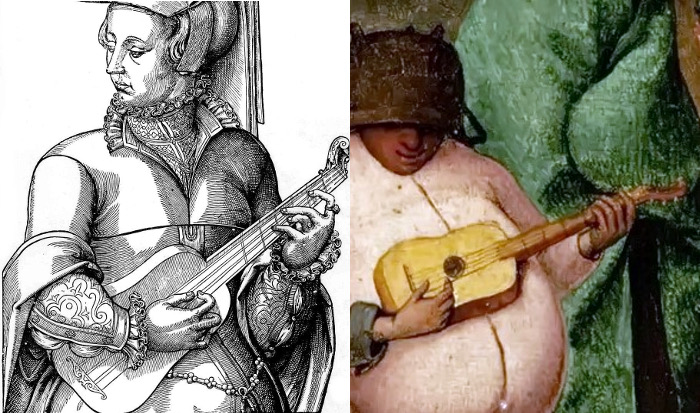 Left: An anonymous illustration (1570). Right: Part of 'The Fight between Carnival and Lent' by Pieter Bruegel the Elder (Netherlands, 1559). 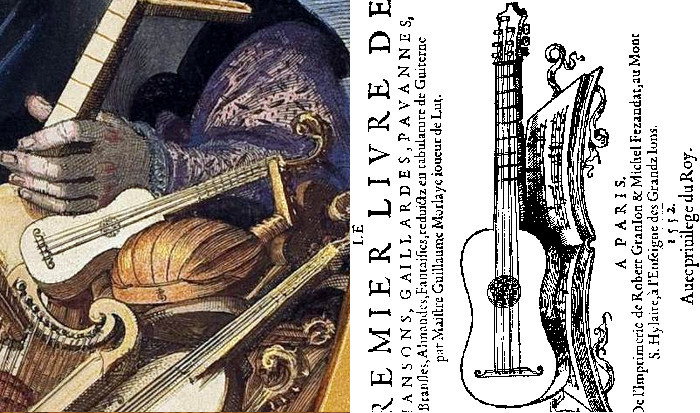 Left: Part of a portrait of Gaspar Duiffoprugcar by Pierre Woeiriot (France, 1562). Right: The title page from book of renaissance guitar tablature (France, 1552), showing a variant with a flat peghead, which is also available. 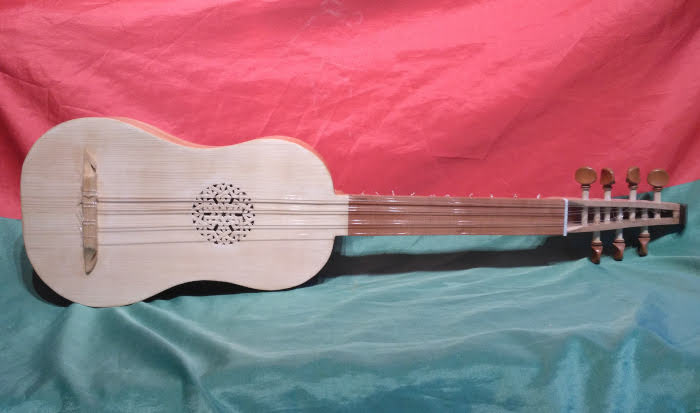 Front view of renaissance guitar with pegbox instead of peghead. Fingerboard of Swiss Pear. 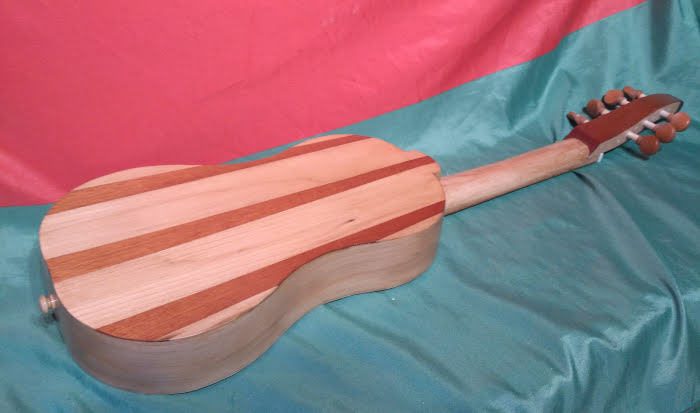